The Ultimate ISR consists of a manned fixed-wing platform, which incorporates some of the most advanced electro-optical technology available to the private and military sectors

The Ultimate ISR consists of a manned fixed-wing platform equipped with an Argos-II observation system, which incorporates some of the most advanced electro-optical technology available to the private and military sectors. This observation system is developed by Hensoldt in South Africa. The Argos-II HD is capable of detecting, recognizing, and identifying small targets at extreme distances. On a clear day humans or animals can be detected at a slant range of more than 23 kilometres.

The Argos II HD makes use of a multi spectral camera (which enables sensing of the visible and near infrared (NIR) bands) as well as a thermal imaging camera, which can sense thermal radiative properties of organisms and materials, during the day or night. Through use of its different sensors, colour modes, and real time image processing, camouflaged targets hiding in the shadows of dense vegetation or in a ditch at night can easily be detected.

In addition to its detection, recognition and identification capabilities, the observation system of the Ultimate ISR also has the capability to fire laser pulses at a target to obtain accurate geo-locational information. The laser system can also be used to mark and illuminate targets for other participating mission elements (using night vision equipment or NIR sensing cameras).

The Ultimate ISR Platform is a modified version of the Stemme S15 aircraft, with hardpoints provided to mount several payloads for use during ISR missions. The aircraft has an endurance of up to 10 hours, and can fly at speeds of up to 270 km/h.

With its low noise and radar signature, the Ultimate ISR can fly undetected at low altitudes, but can also be operated at altitudes of up to 16 000 feet. 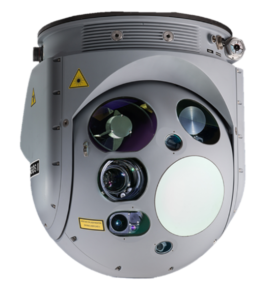 The ARGOS-II HD observation system is capable of sensing features across multiple resolutions of the electromagnetic (EM) spectrum, which includes the Visible bands (Blue, Green, Red), the Near Infrared (NIR) band, as well as the Thermal Infrared (TIR) band of the EM spectrum. This provides the capability of measuring not only solar reflected radiations during daytime, but also sensing of thermal radiative properties of features on the ground, during both the day or night. Additionally, the ARGOS-II observation system can filter and combine different regions of the visible and NIR regions of the EM spectrum, in order to optimize the sensing of spectral signatures related to specific features & conditions. These features enable this observation system to be used for a very wide variety of applications.

With its Thermal Imager, the Argos II HD observation system can sense radiative properties of features in the 3 to 5 µm range (MWIR). Features are sensed in high definition, with a resolution of 1280 x 1024. This enables detection, recognition and identification of objects or features at a great distance, during night or day operations:

Thermal images can reveal any object with a temperature above absolute zero (0 K) and can be used to identify types of materials based on its thermal emission characteristics and/or if significant changes have taken place in the thermal characteristics of these materials over time. Successful interpretations of thermal imagery have been made in many fields of application. It is not only possible to identify humans or animals with body temperatures higher than the surrounding environment, but it can also be used to monitor water pollution, observe loss of heat from buildings, determine forest fire perimeters, locate cold-water springs, hot springs and geysers, determining thermal characteristics of volcanoes, locating irrigation canal leaks, or obtaining information about vehicles (such as engine/exhaust temperature) and much more.

Thermal videos taken at different stages of the diurnal cycle can produce unique results, as some materials can store heat more efficiently than other objects. In some cases this might make it easier to identify and track organisms at night, due to the low thermal capacity of the surrounding ground surface.

The Argos II HD Thermal Imager has several display modes, including Black Hot (BH) and White Hot (WH). Pseudocolour is another feature of the HD Thermal Imager which transforms the monochrome thermal image to an artificial colour portrayal of the scene. This can be used to enhance the contrast resolution between different radiative properties – for example:

The following Colour Modes are available for different types of applications:

Where increased resolution at high zoom is required, the Full HD Spotter camera can be used. This can be useful for extraction of more detail from the target (such as number plate identification).

Advanced image processing functions are used to enhance image quality and situational awareness, and to improve video media images for long range target detection, recognition and identification. Specific features are also available to improve detection of targets during low-light, hazy, or low visibility conditions. Some of these features include haze penetration, edge enhancement, fusion (blending of the thermal image together with the zoom camera’s images), and noise reduction. 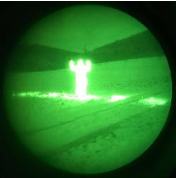 Accurate distances to targets can be obtained by means of an Eyesafe Laser Range Finder, which fires laser pulses at a designated target. This also provides the ability to obtain geo-location information about the target, which includes accurate latitude, longitude and altitude data. A Laser Pointer can be used to mark targets, and a Laser Illuminator can illuminate targets for other participating mission elements (which can be seen by using night vision equipment or NIR video sensors). 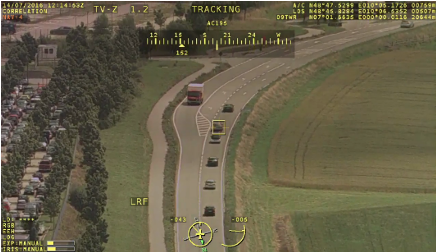 The Argos-II HD electro-optical system is applied in the following missions, as a force multiplier, for conducting its primary function when installed on the Ultimate ISR:

The Argos-II HD payload is being used in anti-poaching missions in some of South Africa’s national parks. Thus far the Argos-II observation system has proved to be extremely successful in locating, tracking and apprehending poachers, through coordination with mobile teams on the ground and in the air. 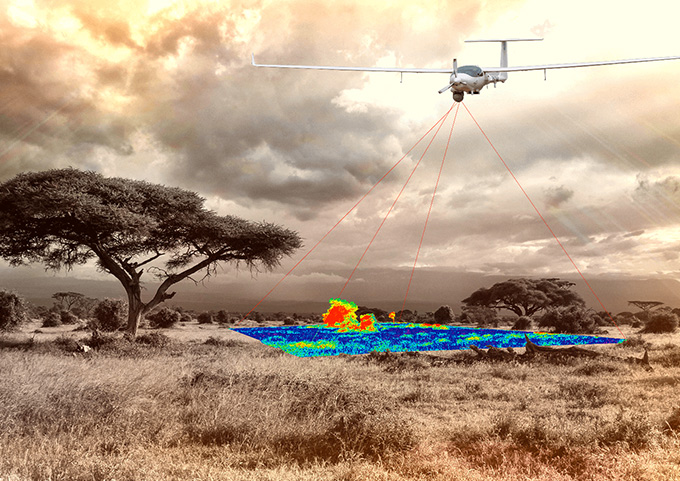 About
The Paragon C2

Developed by S-Plane in South Africa enables real time tactical coordination between the Ultimate ISR Observation Systems and other mission elements on the ground or in the air – making it virtually impossible for tracked targets to escape.

Targets can be automatically tracked, geo-points can be locked on, accurate geographical intelligence (coordinates and altitude) can be relayed to ground teams, and much more.